He was a dreamer, with Che Guevara looks — a jet-black beard and eyes — who built a new persona online, as a Muslim warrior riding into battle in the back of an open-bed truck, dressed in black, his long hair blowing in the breeze, with an AK-47 hanging from his shoulder, strapped to his back. He had just turned 22 — the product of British private schools, a computer aficionado working in customer service at Sky News — when he decided to turn his dream into reality.

In May 2013, Ifthekar Jaman left his comfortable home in Portsmouth, England, explaining to his parents, who emigrated years earlier from Bangladesh, that he wanted to learn Arabic in the Middle East. Instead, he booked a one-way ticket to Turkey. The next time his parents, Enu and Hena, heard from him, he had crossed the Turkish border into Syria and joined the Islamic State in Iraq and al-Sham — also known as ISIS or ISIL — the most brutal, and now the most powerful, of a dozen or so militant Sunni Islamist groups arrayed against President Bashar al-Assad of Syria and his equally brutal Alawite government.

Ifthekar was part of the first wave of foreign fighters, whose motives were primarily humanitarian. Everyone — not just Muslims — was outraged by the atrocities of the Assad regime. Both the U.S. and the British governments were calling for Assad to step down. So were France, and Turkey, and a number of nations in the Middle East.

The foreign fighters were arriving by the hundreds to join one of the various rebel groups challenging Assad’s military-backed dictatorship. Many were as naïve and inexperienced as Ifthekar was. Some recruits were fervent believers; others showed scant knowledge of Islam. Ifthekar was pious, though not doctrinaire. He embraced his Bengali traditions, but he appeared well integrated into British life and was popular among his classmates and his non-Muslim friends. As a boy, he spent hours immersed in the tales of “Harry Potter” and “The Lord of the Rings.” As a teenager, he played the guitar and was a member of the Portsmouth Dawah Team, which, on weekends, distributed free copies of the Quran. He had a cat, Bilai, that he adored and that, on occasion, would follow him to dawn prayers at the Portsmouth Jami mosque. 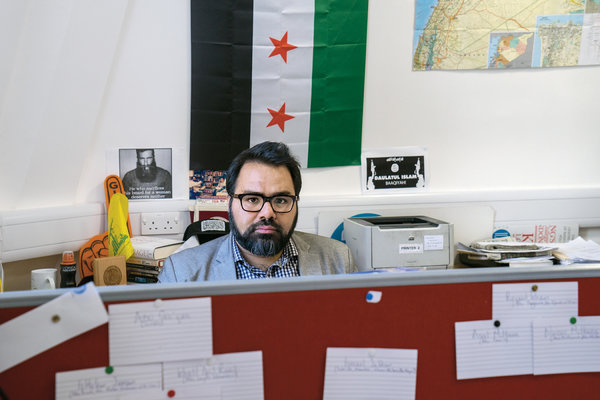 Shiraz Maher, a former Islamic militant who is now a senior research fellow at the International Center for the Study of Radicalization in London.

Dressed, as he’d planned, all in black, a long, Salafist beard framing his face, a black prayer cap on his head, Ifthekar set out for Syria alone — there were no established routes or support networks then, as there are now — following the dusty road from the Turkish border town Reyhanli to the Bab al-Hawa crossing into Syria. He was intent on joining Jabhat al-Nusra, Al Qaeda’s Syrian branch, which was the pre-eminent Islamist group in the early stages of the anti-Assad campaign. The only problem was, he didn’t know how.

A chance encounter with a bearded man would provide the key: As he boarded a bus near the Turkish border, Ifthekar, still lacking any plan, quickly scanned the faces of his companions. “Turkey is a pretty secular country,” he would later explain, “and I only spotted one man with a beard.” Ifthekar approached the man and, as the bus careered down the road, offered him a small bottle of attar, an alcohol-free musk oil popular with Muslims. The two began to talk. The bearded man, a Syrian from Aleppo, asked Ifthekar if he was en route to Syria to do jihad. Ifthekar responded that he was. When the bus stopped on the other side of the border, the bearded man drove him, in his waiting car, to the recruitment office of Jabhat — also known as the Nusra Front.

Ifthekar was devastated when the group turned him down. He didn’t have the required letters of recommendation.

“I got teary,” he later recalled. “This is what I’d come for!” He pleaded with the Tunisian jihadist manning the recruitment desk, even offering to be held prisoner by the Nusra Front while it did a background check on him. It was all to no avail. Finally the Tunisian offered to help him join another Islamist group, Ahrar al-Sham. Ifthekar refused. He knew that Ahrar permitted smoking, of which he most strenuously disapproved. 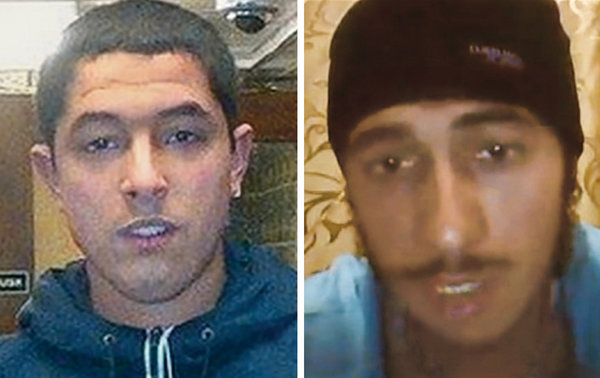 Abdullah (left) and Amer Deghayes, British brothers who traveled to Syria to fight. Abdullah was killed; Amer is believed to still be there.
FROM I.C.S.R.

And so it was that Ifthekar, after being vetted for a fortnight by the group, joined ISIS.

His major complaint — which echoed the complaints of many of the foreigners who had come to these battlefields — was that of boredom. Weeks turned into months, and he and many of his fellow fighters had yet to wage jihad. Many manned roadblocks or checkpoints; others performed menial tasks. Ifthekar, whose father owned a takeout restaurant, had traveled to Syria, at considerable risk, to be drafted as a chef.

Then, in December 2013, seven months after he arrived, Ifthekar was finally sent into battle in the eastern province of Deir Ezzor. 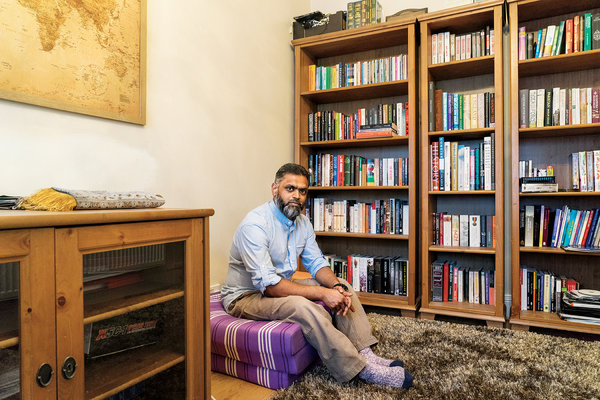